In our last Nitty Gritty Grammar Lesson, we learned about similes. Today we are going to look at another type of figurative language, closely related to the simile: the metaphor.

A metaphor is similar to a simile in that it compares one thing to another. The two things being compared, of course, must have something in common. The big difference between a metaphor and a simile is that a metaphor doesn’t use the words “like,” “as,” or “so,” to compare the 2 things. Instead, we say that one thing is another thing with which the subject shares something in common.

For example, “My brother is a sloth.”

My brother isn’t actually a sloth, but this sentence is meant to convey the idea that he is as slow as a sloth.  It gives the person reading or hearing this sentence a visual picture.

Another example: “My daughter is an angel.”

My daughter isn’t literally an angel, but this gives the reader or listener the idea that she is very well behaved. 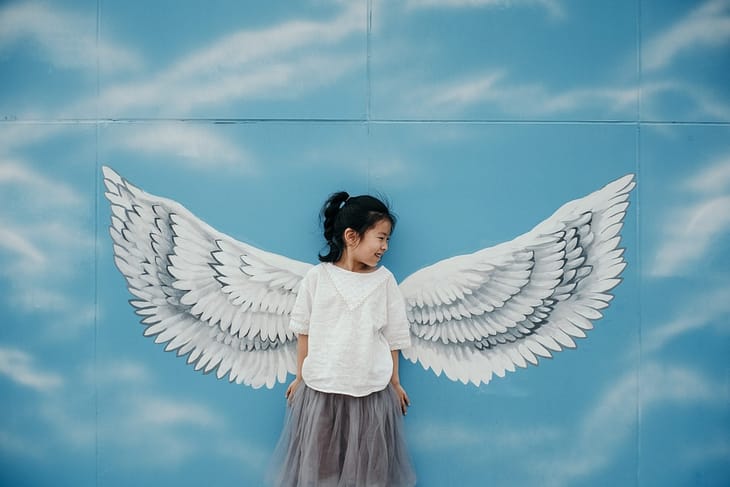 Metaphor is often used in poetry.

Walt Whitman famously memorialized Abraham Lincoln in the poem O Captain! My Captain! This poem is considered an extended metaphor.

O Captain! my Captain! our fearful trip is done,

The ship has weather’d every rack, the prize we sought is won,

The port is near, the bells I hear, the people all exulting,

While follow eyes the steady keel, the vessel grim and daring;

O the bleeding drops of red,

Where on the deck my Captain lies,

O Captain! my Captain! rise up and hear the bells;

For you they call, the swaying mass, their eager faces turning;

This arm beneath your head!

It is some dream that on the deck,

My Captain does not answer, his lips are pale and still,

My father does not feel my arm, he has no pulse nor will,

The ship is anchor’d safe and sound, its voyage closed and done,

From fearful trip the victor ship comes in with object won;

But I with mournful tread,

Walk the deck my Captain lies,

William Shakespeare used extended metaphor in “As You Like It”

“All the world’s a stage, and all the men and women merely players;

They have their exits and their entrances; And one man in his time plays many parts.”

Metaphor can be used in other ways

I am writing a book for caregivers of cancer patients. Caregivers commonly experience guilt. Do I do enough? Could I have done something differently? Why aren’t I stronger? etc.  I use a metaphor as I introduce this concept:

“Let’s pull at the string of this guilt, to see if we can unravel some of the things that seem to control how we feel about ourselves as caregivers.”

Without explicitly saying it, I have made the guilt into a tapestry that we can unravel by tugging on a string.

There are countless ways to use a metaphor. all add personality to writing as well as a visual picture.

What’s your favorite metaphor? I’d love to hear in the comment section, below. I appreciate my readers as well as the writing community. To show that appreciation, I use Comment Luv. Just leave a comment below and your latest post will get a link next to it. Thank you!

When we started discussing figurative language in a 7th grade English class, we used the poem “The Day the Saucers Came” by Neil Gaiman. A very different kind of poem…

Hi Liz, That’s a fantastic poem! Here is a video of Niel Gaiman reading it.