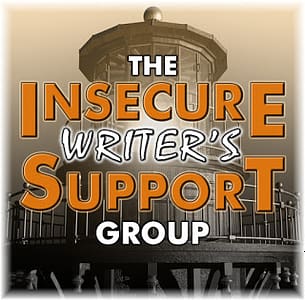 It’s the 1st Wednesday of the month again. That’s when I take part in Alex J. Cavanaugh’s Insecure Writer’s Support Group. The awesome co-hosts for the September 2 posting of the IWSG are PJ Colando, J Lenni Dorner, Deniz Bevan, Kim Lajevardi, Natalie Aguirre, and Louise – Fundy Blue! Today I will share about my favorite YA author, SE Hinton, as I answer the September 2 question:

If you could choose one author, living or dead, to be your beta partner, who would it be and why?

Even though I don’t write YA fiction, my choice is the author who is credited with introducing the YA genre: SE Hinton. When I was reading The Outsiders (written in 1967), That Was Then, This Is Now (written in 1971) Rumble Fish (written in 1975) and Tex (written in 1979) I knew nothing about the author. These books were all about teenage boys from the wrong side of the tracks. They were written so realistically, that like many readers and reviewers, I thought that SE Hinton must be a man. After all, who else would know how to write these male characters so realistically?

It turned out that a teenage girl (the same age as I was when I was reading her novels) knew how to write these rough and tumble guys. Susan Eloise Hinton is an American writer who set her young-adult novels (YA) in Oklahoma. She wrote her first novel, The Outsiders, at the age of 16, when she was attending Will Rogers High School. Two rival gangs, known as the Greasers and the Socs inspired the book. She wanted to understand and empathize with the Greasers by writing from their point of view. Since it’s publication in 1967, the book has sold more than 14 million copies and still sells more than 500,000 a year.

What about that mysterious name?

Hinton’s publisher suggested she use her initials, keeping her gender a secret in the beginning, so that the very first male book reviewers would not dismiss the novel because its author was female.

After the success of The Outsiders, Hinton continued to write and publish using her initials. Not only did she not want to lose what she had made famous, but it also allowed her to keep her private and public lives separate.

What I have in common with SE Hinton

Hinton is a private person and an introvert. She no longer does public appearances. It turns out that I have a lot in common with Susan. I grew up riding horses, just like she did.  We also both enjoy reading Jane Austen and F. Scott Fitzgerald.

I was surprised to learn that Hinton enjoys writing fan-fiction! She is a spectacular writer who changed the way I thought about books and boys. I would love to have her for a beta partner so that I could learn from someone who really knows how to capture the gritty parts of life in a beautiful way.

Who is a writer that moved you as a teenager?

Please share how your writing world is doing in the comments below. I appreciate my readers as well as the writing community. To show that appreciation, I use Comment Luv. Just leave a comment below, and your latest post will get a link next to it. Thank you!

I am an author, writer, and speaker and homeschooling mom of 3. Since doctors diagnosed my husband, Dan, with stage IV lung cancer in 2012, I’ve focused my writing and speaking on helping cancer patients and their families advocate for themselves and live life to the fullest, despite their illness. My goal is to help people face cancer with grace. My books are available at Amazon.com:

That was interesting–and thorough! I’ve heard of SE Hinton but didn’t know a lot about her, before this.

Hi Jacqui! She really is an amazing writer. It’s also interesting how she is very private. That always brings a bit of intrigue to an author’s reputation.

I love her story and how she was sixteen. So amazing. Great post and awesome choice.

Thank you, Chrys. I loved your post this week. I’ve had enough of author-shaming. Have a great week!

I discovered her on Twitter. Apparently, she’s a Supernatural fan. (I was teaching The Outsiders to a class this summer, so I pointed both of those out to the students. They didn’t seem interested.)

Hi Liz! Kids these days…Hey, you made it through my spam blocker. I have made several changes on my site. Hopefully, you will get in every time, now. Are you in California? For some reason, I feel like you are. I hope you are safe from the wildfires if that is the case (and COVID).

I had no idea she was only sixteen when she wrote that book. Thanks for the trivia!

Hi Kim, I didn’t know either until I looked it up. She has more talent in her pinky than I do in both of my hands. lol